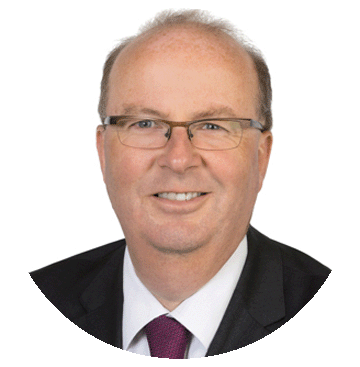 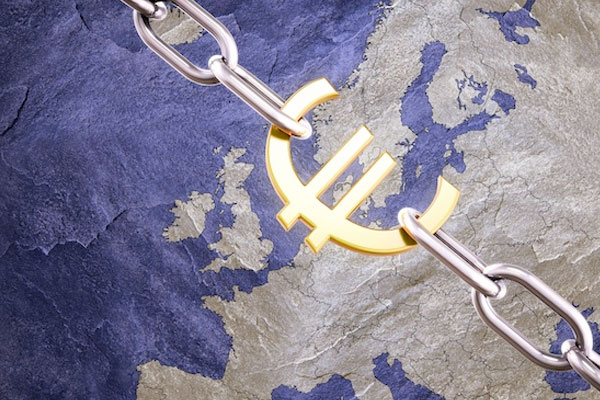 EU Regulation 655/2014 makes it more difficult for Debtors to put assets beyond reach of lawful Creditors.

EU Regulation 655/2014 has been adopted by Ireland and creates a Mareva Injunction type relief across member states. It was implemented on 18 January 2017, and it aims to improve the efficiency of enforcement of Judgments within the EU regarding bank accounts and Debtors assets where legal recourse is cumbersome in cross-border cases and, in particular, where a Creditor seeks to preserve accounts located in one or more member states.

In effect, it will make it more difficult for Debtors to put assets beyond reach of lawful Creditors. The UK and Denmark have opted out of the Regulation which means that neither country is taking part in its adoption and neither country is bound by or subject to its application.

The European Account Preservation Order (EAPO) will prevent the transfer or withdrawal of funds held by a Debtor in a bank account maintained in another member state, if there is a real risk that, without such a measure, the subsequent enforcement of the Creditor’s claim against the Debtor will be impeded or made substantially more difficult. The Order should have the effect of preventing not only the Debtor himself, but also persons authorised by him, to make payments through that account, for example by way of a standing order or direct debit or the use of a credit card. The Creditor must satisfy the Court that there is an urgent need for the order.

Only the Courts of the Debtor’s domicile have jurisdiction where the Debtor was acting outside of his or her trade or profession.

However, the Regulation should ensure that the restriction on a Debtor’s account does not affect amounts which are exempt from seizure under the law of the member state; for example amounts necessary to ensure the livelihood of the Debtor and his family, or family law maintenance payments or orders. Depending on the procedural system applicable in the member state, the relevant amount should either be exempted by the body responsible e.g. the Court or the bank before the Order is implemented, or be exempted at the request of the Debtor after implementation of the Order. I imagine in Ireland a Debtor will have to apply to Court to exempt some expenses from the account.

The Regulation does not apply to claims against a Debtor in insolvency proceedings.

It is intended that the EAPO is available to a Creditor prior to initiating proceedings, at any stage during such proceedings, and after Judgment has been obtained. It even goes so far as to make the order available for claims that are not yet due, as long as such claims arise from a transaction or an event that has already occurred and the amount can be determined. This includes claims relating to Tort and Civil claims for damages or restitution which are based on an incident giving rise to criminal proceedings e.g. assault, (although it is hard to imagine how a claim for general damages can be determined in advance). However, the Regulation provides for the commencement of proceedings within tight time limits from the date of granting of an EAPO.

In cases where a Creditor seeks a preservation order in advance of proceedings being issued or in advance of Judgment, the Court should be satisfied, on the basis of the evidence submitted by the Creditor, that the Creditor is likely to succeed on the substance of his claim against the Debtor. What is the bar? Is it the balance of probabilities? Is there a duty of full disclosure, such as in interim injunctions applications, to disclose all material facts even where it may damage the Creditor’s application? Given that there are measures for a Debtor to claim damages against a Creditor in the case of EAPOs wrongfully obtained, this would seem to be the prudent approach to take.

The Creditor must also be able to show that his claim is in urgent need of judicial protection and that without the order, the enforcement of the existing (or future) judgment may be impeded or made substantially more difficult because there is a real risk that, by the time the Creditor is able to seek enforcement of the judgment, the Debtor may have dissipated, concealed or destroyed his assets or disposed of them under-value. There are a number of things going on here.

Firstly, a Creditor needs to be able to show that the account over which he seeks a preservation order is the only account or asset available to satisfy a (future) judgment. Secondly, he must show that there is a real risk that the Debtor intends to dissipate or conceal or destroy the assets or accounts or dispose of them at an under value. Thirdly, the amount frozen in the accounts must be proportionate to the amount of the Creditor’s claim.

In order to ensure the surprise effect of an EAPO the Debtor cannot be informed about the Creditor’s application nor be heard prior to the issue of the order. Nor should the Debtor be notified of the order prior to its implementation.

Clearly, the granting of an EAPO would be the proverbial sledgehammer. The Regulation recognises this and has attempted to build in safe-guards. One such important safe-guard is the possibility of requiring the Creditor to provide security so as to ensure that the Debtor can be compensated at a later stage for any damage caused to him by an EAPO. Such security could take the form of a deposit or a bank guarantee or a mortgage and the Court should have discretion in determining the amount of security sufficient to prevent abuse of the procedure and ensure compensation to the Debtor.

Another important element for striking the appropriate balance allows for a Debtor to sue (or counter-claim against) a Creditor for any damage caused to the Debtor by the preservation order due to default on the Creditor’s part in obtaining the EAPO.

The Regulation does not deal with the question of the possible liability of a Creditor towards a bank or a third party but nonetheless mentions it as a possibility.

The Regulation envisages that member states will introduce this legislation into their national law and may introduce variations such as strict liability on the part of a Creditor who wrongly obtains an order. It remains to be seen whether Ireland will simply adopt the Regulation or introduce an Act to incorporate not only this but also a conflict of law regarding the Creditor’s liability.

So far it appears that a Creditor needs to be very well informed of the Debtor’s assets and bank accounts abroad. However, the Regulation provides that in order to overcome practical difficulties in obtaining information about a Debtor’s bank accounts, the Regulation sets out a mechanism allowing a Creditor (who has already obtained judgment) to request that the information needed to identify the Debtor’s account be obtained by a Court in the member state in which the Creditor believes that the Debtor holds an account, before an EAPO issues.

Member States were obliged by Article 50 to communicate this and other information to the EU Commission by the 18th July 2016. The information notified by the Member States (including Ireland) pursuant to Article 50 of the Regulation is currently being processed by the European Commission and will be published in the European e-Justice Portal by the end of the year and, at the latest, by 18 January 2017. I imagine the High Court has been the “designated information authority” in Ireland and Creditors will have to seek a Court Order directing the bank to disclose the account number/details of a Debtor.

The final amount reserved in a bank account may be subject to settlement of transactions which are already pending at the moment the order is received. Such pending transactions may only be taken into account when they are settled and before the bank is obliged to issue a declaration pursuant to Article 25. That declaration must be issued by the end of the third working day following implementation of the EAPO.

If the EAPO does not specify the number of the account of the Debtor but provides only the name and/or other details regarding the Debtor the bank shall identify the account held by the Debtor with the bank indicated in the order. This may be easier said than done especially in circumstances where surnames are common. If, on the basis of the information provided in the Order, it is not possible for the bank to identify with certainty the account of the Debtor the bank may be obliged to revert to the original Court to find out the account number over which the order was made. One would have thought the EU would include this information in the Order but this does not appear to be the case for data protection reasons.

Article 25.4 provides that the bank shall, upon request by the Debtor, disclose to the Debtor details of the EAPO. The bank may also do so in the absence of such a request.

Article 26 provides that any liability of the bank for failure to comply with its obligations under the Regulations shall be governed by national law.

Funds held in joint accounts, or held by a third party on behalf of the Debtor, or by the Debtor on behalf of a third party, may be preserved under the Regulations only to the extent to which they may be subject to an EAPO under the law of the member state. Article 34 provides that a Debtor may apply to the Court where the account is held seeking to limit the application of the EAPO on the grounds that certain amounts held in the accounts should be exempt from seizure e.g. if they belong to a third party. This would apply to an EAPO made in respect of a solicitor’s client account where the solicitor was the Debtor.

It is intended that the Regulation should not prevent the payment of fees for enforcement of the EAPO and this issue will be left to the national law of the member state.

The Regulation also provides for the imposition on the bank charged with enforcing the EAPO, an obligation to declare whether and to what extent the Order has led to the preservation of any funds of the Debtor and an obligation on the Creditor to ensure the release of any funds preserved that exceed the amount specified in the order.

Documents relating to the application and Order must be translated into the native language of, and served on, the bank where the account is held.

This article is a general review of the law on the subject and is not intended to be a complete statement of the law. Specific legal advice must be sought on a case by case basis. For further information, please contact Robert Browne.