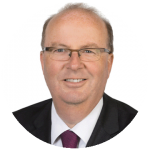 The Supreme Court delivered a decision in the case of Droog v Revenue Commissioners on 6 October 2016, and held that the four year time limits for the process of Revenue “forming an opinion” under Section 811 of the Taxes Consolidation Act 1997 applied.

SECTION 811: SECTION 86 OF THE FINANCE ACT 1988 introduced general anti-avoidance provisions. “Tax avoidance” involves structuring ones affairs in a manner which minimises tax in what might be described as a “contrived manner”. The provisions seek to strike a balance by allowing tax payers a reasonable opportunity to conduct genuine economic activity in a tax efficient manner.

Part 41 is the legislative basis for the Self-Assessment system of tax, covering persons liable to Income Tax, Corporation Tax and Capital Gains Tax for tax years up to and including 2012.

Sections 955 and 956 are designed to prevent the re-opening of tax affairs in respect of these types of tax outside a 4 year period, except in circumstances where the original return was, or was reasonably suspected to be, fraudulent or negligent.

The Droog Case concerned the tax year 1996/1997. Mr. Droog claimed relief of approximately £50,000 in respect of a share of losses of a film partnership. On the 22nd February 2007, Revenue issued an opinion under Section 811(6) of the TCA, claiming that the transaction was a tax avoidance transaction within the meaning of Section 811.

The Appeal Commissioner conducted an initial hearing to deal solely with the question of the time limit and issued a determination that the four year time limit set out in Sections 955 and 956 of the TCA, applied to the formation of an opinion under Section 811, so that the opinion in this case was out of time.

The Supreme Court upheld the Appeal Commissioner’s finding and concluded that Revenue were out of time from pursuing the matter.
The decision is of relevance to cases where notices of opinion issued outside the 4 year time limit. The impact of the decision is of no relevance to transactions after 19 February 2008, given the changes effected by S811A and S811 C, which expressly exclude the provisions of Part 41.

This article is a general recital of the decision on the subject and is not intended to be a complete statement of the Law. Specific legal advice must be sought on a case by case basis. For further information please contact Robert Browne.