The importance of precision in Pleadings 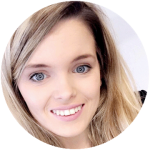 A recent Court of Appeal decision emphasised the need to be particular about details and avoid generic terms in litigation proceedings.

The Court of Appeal recently delivered judgment in the case of Nemeth v Topaz Energy Group Limited 2021 IESC 252.  In that case the Defendant appealed against the High Court finding of negligence.  One of the grounds of appeal was that the Plaintiff had effectively abandoned the facts pleaded in her proceedings on the day of the hearing.

The Court of Appeal held that a Defendant cannot be found liable for a case never pleaded. The Court stated that the purpose of pleadings is to define the issues between the parties at trial and that precision in pleadings in personal injuries cases is of particular importance since the passing of the Civil Liability and Courts Act, 2004.  The Court commented that the particulars of negligence pleaded were almost entirely generic with the usual complaints of a failure to provide a safe system of work, proper training and so forth.

“The essential basis upon which the trial judge held the defendants to be negligent was not one that was ever pleaded or made by the plaintiff, but simply one that fortuitously emerged in the course of the evidence.  The provisions of the 2004 Act … and more generally the requirement for pleadings to define issues, would be robbed of any meaningful effect if courts were at large to determine the outcome of litigation on such a basis.”

In Morgan, the Court of Appeal emphasised the broad sweeping nature of the pleadings, noting that the "particulars of wrongdoing are in boilerplate form, expressed in such generic terms as to be utterly uninformative...".

In McGeoghan v Kelly and Ors [2021] IECA 123 the Court of Appeal held that the trial judge had found the defendants liable on a case never actually pleaded or made but rather something that, almost incidentally, arose from the evidence and emphasised the importance of the Disclosure Rules contained in S.I. 391 of 1998 in the context of expert reports to avoid trial by ambush.

It is therefore very important for Defendants and their legal advisers to ask the relevant questions and, if appropriate, to insist on more informative Replies to Particulars when the occasion arises.

The Court also commented on the evidential value of changes made to a Defendant’s property after an accident, stating;

“It is commonplace for defendants to introduce new measures in response to accidents such as placing a mat on an allegedly slippery floor or making changes to a system of work.  The fact that a defendant makes such changes, alterations or adaptations cannot be construed as an admission of liability.  To do so places a defendant in an impossible situation.  If he tries to improve matters by making a change, that is construed as an admission.  If he fails to make the change and another person has a similar accident, then it will be alleged that he is liable because he failed to do so”.